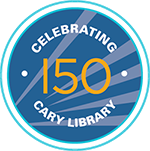 Originally part of Cambridge – and known as Cambridge Farms – the Town of Lexington was incorporated in 1713. Like most Massachusetts towns in the late 18th century, Lexington was an agricultural community during its early years. According to assessors' records, in 1792 the town had 117 dwellings, 19 shops, 4 tan houses (tanneries), a grist mill, 107 barns, 99 horses, 175 oxen, 640 cows and 230 hogs. In 1800, Lexington's population was 1,006, an increase of 65 persons since 1790. https://www.lexingtonma.gov/historical-commission/comprehensive-cultural-resources-survey/pages/federal-period-1775-1830

In 1830 Lexington was still primarily a farming community. The town's population in 1830 was 1,543; by 1840 it had increased to 1,642. Several small libraries were created during this time. https://www.lexingtonma.gov/historical-commission/comprehensive-cultural-resources-survey/pages/early-industrial-period-1830

Lexington's population more than doubled between 1870 and 1915, to 5,538. Improved access offered by the railroad continued to have a major impact on development: Lexington was being transformed from an isolated agricultural town to a more populated suburb. https://www.lexingtonma.gov/historical-commission/comprehensive-cultural-resources-survey/pages/suburbanization-1870-1915 In addition, organizations such as the Masons (1870), Lexington Historical Society (1886), Field and Garden Club (1891), and a number of literary, social, and financial clubs were formed, indicating an increase in leisure time and cultural/educational interests among Lexington residents. In 1915 Lexington’s population stood at 5,538; by 1940 it had grown to 13,113.  Equally important but not apparent in the numbers alone is the fact that the town’s population was much more diverse in ethnicity and class than it had been a century, or even 75 years, earlier.

Globally, the early modern period was full of apprehension and change.  War broke out in Europe in August 1914 and Lexingtonians anxiously followed the events leading up to the United States’ entry in April 1917 into what became World War I.  The soldiers were welcomed home in June 1919.  A decade later the stock market crashed in October 1929 and the Great Depression followed.  Despite these major events, Lexington continued to prosper and develop. The town’s central business district saw considerable activity during this period.  The Old Town Hall on Massachusetts Avenue opposite Waltham Street was demolished in 1928.  New municipal buildings were constructed on Massachusetts Avenue including Cary Memorial Hall (#1605, 1928) and the Town Office Building (#1625, 1927).  The Post Office (#1661, 1936) also dates from this period.   https://www.lexingtonma.gov/historical-commission/comprehensive-cultural-resources-survey/pages/early-modern-period-1915-1940

The mid-20th century brought unprecedented population growth to Lexington.  In 1940 the town's population was 13,113.  It grew to 17,335 in 1950 and was 27,691 by 1960.  Across the country, the end of World War II resulted in a tremendous demand for new housing, because of general population growth and returning veterans eager to start families.  Nationally, this culminated in the largest building boom in the country's history, most of which was concentrated in suburbs like Lexington.  https://www.lexingtonma.gov/historical-commission/comprehensive-cultural-resources-survey/pages/post-1940-period Population growth resulted in a heightened need for infrastructure improvements throughout town and the construction of a variety of new buildings in the 1960s and 1970s.

By 1960, circulation had expanded to over 400,000 books, the highest per capita circulation of any medium-sized public library in Massachusetts. When director Ralph Nason resigned in 1961, he was replaced by Karl Nyren, whose focus was on making the community aware of the library and its services and increasing its use as a cultural center. He instituted special children' s programs, film showings in off-hours, musical programs, and adult discussion groups. By 1970, Lexington’s population had peaked at 31,388, more than doubling its pre-war numbers. (Kollen, p.141) The main entrance and locl history rooms were restored to the original 1906 design of Willard D. Brown, and the new addition reflects his Arts and Crafts influence. Improvements were made to the building (windows, lighting, sprinklers, elevators, restrooms), to technology systems (telephones, computers and networks, wifi), to staff spaces (service desks) and to public amenities (pcs, printing/copying, study rooms).

A separate Children’s Room on the lower level included a story time room, and reading and play spaces. During the first 11 months of 2004, Children’s staff offered 173 programs that were attended by over 10,000 participants.

The renovation made it possible to offer Teens their own space on the Main floor, specifically designed for grades 6-12, near the Reference Desk. The challenge was to attract them to the library. To that end, Cary Library staff developed Teen programs in collaboration with the schools and a newly formed Teen Advisory Board (TAB), with seed money donated by Lexington resident Ashley Rooney. Teen-focused collections were expanded; donations were made for a “Teen Issues” section (by Ms. Rooney) and purchase of high school AP text books (by The Cary Library Foundation). Word of mouth encouraged more teens to join their peers at Cary Library.

Cary Library completed a Long Range Plan for 2009-2013, “Honoring our Past, Embracing our Future.” The plan focused on identifying how the library can improve responsiveness to community needs in a rapidly changing environment. One of the goals that grew out of the Plan was to encourage community-driven programming that grappled with “big ideas” and to focus on learning from all of our neighbors. The resulting programs were very popular; for example:

In 2012, the wildly popular and moving “Before I Die” wall drew participation from every demographic group. This was the impetus for creating a space on the Main Floor in 2016, called the “Idea Wall,” dedicated to collaborative interactive art and inviting people to share their creativity with the larger community.

The ongoing Science Café (2014) routinely brings in large crowds, and a visit from a Pluto scientist (2015) drew over 200 people all ages. Similarly, "Meet the Robot" visits with the Lexington High School robotics team have brought hundreds of people into the library.

Collaboration with Lexington residents started new programs like the Socrates Café (2016), which provided a space for civil, thoughtful discussion among members of the community.

As the Town of Lexington prepared to celebrate its 300th anniversary of incorporation, Cary Library undertook a year-long process to develop a 2014-2017 Strategic Plan, accepted at the May 22, 2013 Board of Trustees meeting http://www.carylibrary.org/strategic-plan. The plan guided the library’s growth during a time of fast-paced change in the publishing, information, and entertainment industries, where digital, downloadable and streaming technologies bring content directly to the consumer. At the same time, public libraries remain one of the few places where information is made freely accessible to all, and where individual privacy is protected.

BOARD OF LIBRARY TRUSTEES

In accordance with the provision of the gift of Maria Cary establishing a public library in Lexington, the Board of Library Trustees consists of "the Selectmen, and the School Committee of the Town for the time being, and the settled ministers of the place."

The Board of Library Trustees oversees the financial affairs, trust funds and fundraising activities, and sets the policy for the operation of the Library.

In 1999, Cary Library’s Board of Trustees created the Cary Memorial Library Foundation as the official organization for accepting donations to Cary Library. The Foundation enables every Lexington citizen to be both a stakeholder and a steward of Cary Library. Each of us can ensure that future generations will benefit from our generosity, just as we have benefited from the foresight of the Cary family.

FRIENDS OF THE LIBRARY

The Friends of Cary Memorial Library, Inc., is a 501(c)(3) nonprofit organization dedicated to supplementing and enhancing library services, as well as advocating for the library and its users. We are also a part of the Massachusetts Friends of Libraries (MFOL), a networking, advocacy, and educational organization that lobbies elected officials for library support throughout the Commonwealth.

Since 1989, the Friends organization has supported Cary Memorial Library’s mission and services by:

History of the town of Lexington, Middlesex county, Massachusetts: from its first settlement to 1868, by Charles Hudson. Rev. and continued to 1912 by the Lexington Historical Society. Boston MA: Houghton Mifflin Company, 1913. See especially pages 405-410.

Tracing the past in Lexington, Massachusetts, Edwin B. Worthen. New York: Vantage Press, 1998. See Chapter on “The Cary Family and their Benefactions,” especially pages 146-148.

Report of the Auditors of Accounts against the Town of Lexington for the year... Lexington (Mass.): George C. Rand, Printer, 1857 – present.